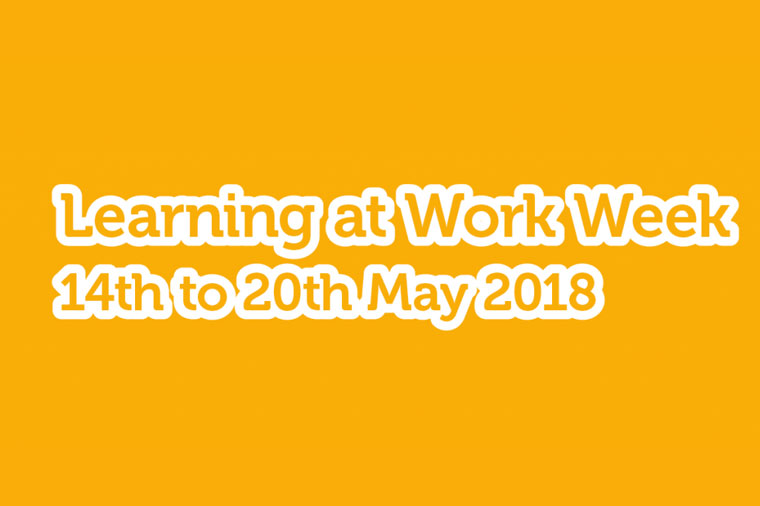 May the 14th – through to the 20th marks the annual awareness event; Learning at Work Week 2018. This is a fantastic movement designed to create positive and personal development within the workplace.
Learning at work week has raised a nagging question. Can Learning About Causes to Mental Illness Prevent Mental Illness?
The Hard Truth – We have become a nation playing catch up.
This is because our approach to mental health issues has, by default, been reactive rather than proactive. This is likely because the rate of Mental Health cases have developed faster than professional studies and thus, for the most part we have been caught within a faculty which only “deals” with mental health problems when they arise rather than preventing the problems from happening through Mental Health Training in the workplace.
Let’s Look at Some Stats
– Mixed anxiety & depression is the most common mental disorder in Britain, with 7.8% of people meeting criteria for diagnosis.
– 4 in 10 people in England will experience depression in their lifetime.
– 50% of mental health problems are established by age 14 and 75% by age 24.
– 1 in 6.8 people are experience mental health problems in the workplace (14.7%)
– Evidence suggests that 12.7% of all sickness absence days in the UK can be attributed to mental health conditions.
– 76% of line managers haven’t received any training in mental health whilst 60% of employees have experienced a mental health problem due to work or where work was a contributing factor at some point in their career.
(Mental Health at Work Report 2017)
The Line between Causes and Symptoms
Mental Health Issues such as depression and anxiety had always thought to be because of a chemical imbalance in the brain. However, what had not been considered previously is that the chemical imbalance in the brain may be a symptom to a separate cognitive cause.
We now know through vigorous studies that depression and anxiety has other leading causes which then results in a symptomatic chemical imbalance. These are social, environmental causes. Effectively, the way we live is a large factor contributing to Mental Health Issues.
Many scientists agree that low serotonin correlates with depression but is not necessarily the cause of depression. Effectively, the way we live is a large factor contributing to Mental Health Issues. This means we have made unimaginable efforts to fix depression and anxiety by tackling the symptom (chemical imbalance) rather than the root of the problem (the cause of the chemical imbalance).
Work Related Stress, Depression and Anxiety
Whilst there are causes to Mental Illnesses that may not be within our control, potentially the most leading cause to Mental Health Problems is stress. The Health and Safety Executive made a study between 2014 and 2016 where they had formed data around cases of stress, depression and anxiety for each sector. They had tested 100,000 individuals per sector to see which respected occupation had the highest Mental Health Issues. They discovered that employees in a skilled trade were less likely to experience stress, depression or anxiety as there were less than 500 individuals out 100,000 which reported conclusive symptoms. Whilst in professional sectors there was a gigantic leap from 500 to 2010 cases out of 100,000 employees. This is conclusive evidence that social and environmental circumstances are legitimate factors to Mental Health Issues i.e. The Work-place.
The Good News!
Although stress has been proven to be a leading factor in cases of depression and anxiety, it is also a cognitive function which is completely manageable and reversible. Work does not have to equal stress, every individual with the correct training can completely change the way they perceive and react to stressful situations. Therefore, we are in a situation of empowerment and control even when it feels as if there is none. All that is required is to learn.
This year’s learning at work week can be the start to creating a greater sense of well-being in the work-place and in doing so; there is a high chance that we would see a massive decline in Mental Health cases in the UK.

We use cookies on our website to give you the most relevant experience by remembering your preferences and repeat visits. By clicking “Accept”, you consent to the use of ALL the cookies.
Cookie settingsACCEPT
Manage consent

This website uses cookies to improve your experience while you navigate through the website. Out of these, the cookies that are categorized as necessary are stored on your browser as they are essential for the working of basic functionalities of the website. We also use third-party cookies that help us analyze and understand how you use this website. These cookies will be stored in your browser only with your consent. You also have the option to opt-out of these cookies. But opting out of some of these cookies may affect your browsing experience.
Necessary Always Enabled

Performance cookies are used to understand and analyze the key performance indexes of the website which helps in delivering a better user experience for the visitors.

Analytical cookies are used to understand how visitors interact with the website. These cookies help provide information on metrics the number of visitors, bounce rate, traffic source, etc.

Advertisement cookies are used to provide visitors with relevant ads and marketing campaigns. These cookies track visitors across websites and collect information to provide customized ads.

Other uncategorized cookies are those that are being analyzed and have not been classified into a category as yet.