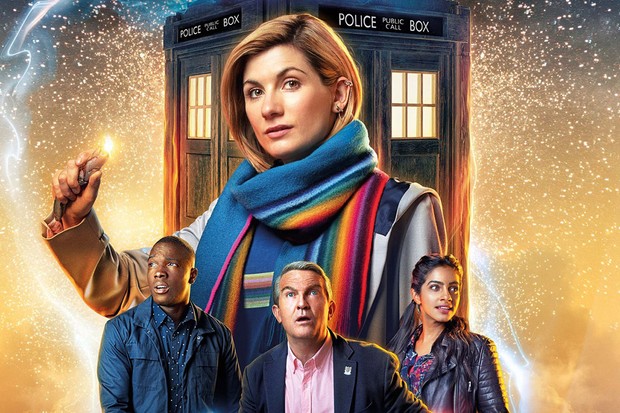 Doctor Who fans entered 2019 with an exciting bang. The eagerly-anticipated festive episode was moved from its traditional slot on Christmas Day to January 1st. It was the first New Year’s Day episode to grace our screens in nine years and it featured the first-ever female Doctor.
Since Jodie Whittaker’s entrance onto the scene, eagle-eyed Whovians have been in awe of her portrayal as the energetic life force that is the thirteenth Doctor.
The new take on the age-old series has opened up entirely new conversations that go beyond the programme itself. In regenerations gone by, Doctor Who has certainly become less subtle with the social allegory.
It got us to thinking. What has the long-standing BBC show taught us, and its millions of viewers, about mental health?

Dyspraxia is a condition

When the Doctor’s newest companion, Ryan Sinclair, entered the Whoniverse, plenty of viewers had never heard of dyspraxia – a condition that affects fine and gross motor skills. Many that had heard of it had previously written it off as a minor annoyance in people’s lives.
Dyspraxia has been theorised as caused by a disruption between messages from the brain to the body. A sufferer may struggle to organise themselves, take part in physical activity, drive a car; sometimes even speech can be a challenge. It affects up to 10% of the population, with 2% being severely affected. Ryan’s dyspraxia was characterised in the first episode by difficulty in riding a bike and climbing ladders.
Chris Chibnall, head writer and executive producer of the new series, introduced dyspraxia into the show to raise awareness of the condition, which affects his nephew. At a series 11 screening, he said:
“It’s a relatively common thing among kids, so I think it’s important to see that heroes come in all shapes and sizes. That’s the most important thing about Doctor Who and you will see that [idea] happen a lot across this year”.

Women can succeed in a typically male-dominated industry

The thirteenth Doctor’s regeneration into a woman caused a big divide amongst who-fanatics – many of whom felt uncomfortable breaking the traditional male mould. But the new Doctor has become synonymous with the feminist movement across the western world – a role model for girls and women who have felt boxed into typically female norms. As one Twitter user put it, “how often do little girls see women on telly FIXING and MAKING stuff?”
Whilst this is arguably more of a social issue than a wellbeing one, liberation goes hand-in-hand with mental health. Many have seen Whittaker’s ability to re-characterise a traditionally masculine role into a strong female one as a milestone for women-kind.

After the episode Vincent and the Doctor aired in 2010, it was nominated for mental health awards due to its portrayal of one of the most historically famous victims of mental health – Vincent Van Gogh.
It was a Kleenex episode for sure, with barely a dry eye fixed on theTV. The episode saw Amy and the eleventh Doctor support Van Gogh through the manic mental instabilities that plagued his life as he battles a creature only he can see. Whilst they couldn’t save the renowned painter from suicide, it was a refreshingly relatable spectacle for sufferers of depression and mental illness.
Furthermore, it highlighted the difference that kindness can make to someone suffering with poor mental health and the contratrasting consequences of ignorance.

Society is becoming more understanding of autism, but there’s still a way to go

Whilst Asperger’s in the eleventh Doctor was never confirmed, observant Whovians were quick to pick up on traits that could be commonly associated with the condition. These included difficulties with social interaction, his strong engagement with facts and his unusual attire.
Whether you agree with this character analysis or not, the eleventh Doctor underlines, sometimes uncomfortably so, the challenges that come with the high intelligence and lack of social understanding that blights people with autism and Asperger’s. Above all, the eleventh Doctor emphasizes that having high-intelligence, whilst often misunderstood, is a brilliant thing.

Loneliness is not reserved solely for the elderly

Throughout all of the Doctor’s iterations and many differing personalities and behaviours, one trait has always stuck out – constant, soul-crushing loneliness. Despite its permanent presence, this has become a particularly prominent characterisation from the tenth Doctor onwards, exacerbated by the loss of so many companions in such a short space of time. Characters like the Face of Boe only add to the sense of sadness which radiate out from this brilliantly exciting, other-worldly realm.
Doctor Who is incredibly relatable to viewers experiencing loneliness. The Doctor doesn’t have a home. S(h)e’s a traveller and seems to attract companions who are equally lost and looking to find themselves. A great deal of people can relate to this desire for escapism. The desire to run away from a situation that leaves you feeling lonely and depressed.
9.8% of young people aged 16 – 24 admit to regular feelings of loneliness and it’s an issue that surprisingly affects younger generations more than traditionally-assumed older ones. For many Whovians, it’s the ability to connect with characters on the same emotional level, that keeps them steadfast in their devotion for the show.
Clearfocus Mental Health and Communications Training specialises in Business Skills, Conflict, Negotiation, Mental Health Training and Consultancy. Our clients range from small businesses through to large, corporate organisations with complex training requirements. Find out more here

We use cookies on our website to give you the most relevant experience by remembering your preferences and repeat visits. By clicking “Accept”, you consent to the use of ALL the cookies.
Cookie settingsACCEPT
Manage consent

This website uses cookies to improve your experience while you navigate through the website. Out of these, the cookies that are categorized as necessary are stored on your browser as they are essential for the working of basic functionalities of the website. We also use third-party cookies that help us analyze and understand how you use this website. These cookies will be stored in your browser only with your consent. You also have the option to opt-out of these cookies. But opting out of some of these cookies may affect your browsing experience.
Necessary Always Enabled
Necessary cookies are absolutely essential for the website to function properly. These cookies ensure basic functionalities and security features of the website, anonymously.
Functional
Functional cookies help to perform certain functionalities like sharing the content of the website on social media platforms, collect feedbacks, and other third-party features.
Performance
Performance cookies are used to understand and analyze the key performance indexes of the website which helps in delivering a better user experience for the visitors.
Analytics
Analytical cookies are used to understand how visitors interact with the website. These cookies help provide information on metrics the number of visitors, bounce rate, traffic source, etc.
Advertisement
Advertisement cookies are used to provide visitors with relevant ads and marketing campaigns. These cookies track visitors across websites and collect information to provide customized ads.
Others
Other uncategorized cookies are those that are being analyzed and have not been classified into a category as yet.
SAVE & ACCEPT
Share via
Facebook
Twitter
LinkedIn
Mix
Email
Print
Copy Link
Powered by Social Snap
Copy link
CopyCopied
Powered by Social Snap